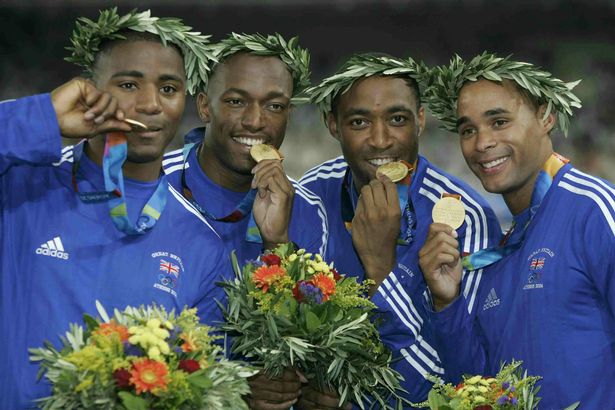 Dressing Team GB For The Olympic Games: A Game Of Fractions

In the run up to the 2004 Olympic Games in Athens, Marc Oliver founder Jamie Henfrey worked as a tailoring advisor to the British Olympic Association and Ben Sherman. His job was to oversee the measuring of the Team GB athletes for the official suit they would wear at the summer games. It was five years before he officially launched the Marc Oliver brand, but the experience had a telling impact on his outlook, and for his appreciation of the finer details of bespoke tailoring. Here’s his account:

“Make me look sharp. I want everything to fit perfectly,” said relay sprinter Jason Gardener. An immensely likeable man and a real character, I was glad to see that Jason’s quest for perfection on the track extended to him caring deeply about the look and fit of the official suit he’d wear at the Olympic games.

“Don’t worry,” I reassured him, “I’ve been doing this for a long time. Each of your unique body measurements will be taken down to the very last centimetre.  Rest assured, the fit will be second to none.”

His next words stunned me. “Centimetre? That doesn’t sound very accurate to me.” In the moments that followed Jason gave me a deeper insight into his world and the personal challenges he has faced and beaten to become the Olympic athlete standing before me. “Jamie, my entire life since childhood has been measured in hundredths of a second. In my line of work five hundredths of a second can mean the difference between winning or coming fifth, and no one ever remembers who comes fifth.”

This conversation made me realise the pressure these athletes were under, and although I had a high pressure job myself, it made me appreciate the parallels we were both striving for in performance in our respective fields. Accuracy is everything in my business. Miss the mark by just a centimetre here or there and a suit can look all wrong—it’s the perfect fit that people pay for after all.

He went on to explain to me that on race day, it didn’t matter how he felt, or whether he had a cold or an upset stomach, he had to win. That summer in Athens would be his team’s one shot at an historical win.

A few months later, I was delighted to see Team GB decked out in suits I’d measured (with an eye on millimetres now). But I was even happier to watch on with the rest of the world as the 4 x 100 metre relay team of Jason, Darren Campbell, Mark Lewis-Francis, and Marlon Devonish took gold.

They ran a combined time of 38.07 seconds, beating the heavily fancied USA team, who ran a time of 38.06 seconds.

0.01 seconds between winning and losing. That was the difference.

This exchange with Jason and the events of the following summer brought my appreciation of accuracy, care, and detail to a new level. It was an appreciation I’d need once I understood the full extent of the task of measuring a team of athletes months ahead of time…

Our brief as tailors was to instil a confidence in each athlete and to mark the biggest occasion of their sporting careers to date. The suits would be made from a navy blue pinstripe cloth, the words “Going for Gold” subtly embedded into the pinstripes.

From a distance, they would look like any other tailored pinstripe suit, but up close, athlete to athlete, the message would be a clear reminder that they weren’t just there to take part, but to claim victory.

And it would be worn by 264 athletes. Amir Khan, Kelly Holmes, Chris Hoy, Bradley Wiggins, James Cracknell, Steve Backley and Gardener to name just a few now household names, each with his and her own body types, quirks and characteristics. The pressure was on.

No Margin For Error

Due to the packed schedules of the athletes, we were to measure each of them between January and March, for suits to be worn in August. While the seven month gap makes it seem that we had plenty of opportunity to atone for any inaccuracy in our work, we didn’t—we wouldn’t see them at all until just a few days before they flew off to Athens.

In short, we had to get it spot on there and then.

But taking exact measurements wasn’t enough either, we as tailors also had to calculate how the body of each individual might have changed come August, after months of gruelling training camps in far away countries.

Each and every athlete I measured was quite unlike any other tailoring experience I’d had. As someone who is professionally attuned to all body types, and has a keen eye for form and posture, gait, and muscle mass, it was an eye opener on just how well conditioned, and frankly how physically unique, such high level athletes are. After years and years of elite training, diet and performance, they had far surpassed what I’d considered to be an “athletic” frame.

The thought of having someone so physically gifted wearing clothes I’d measured them for was one which gave me great pride and excitement.

Not long after measuring soon to be “Dame” Kelly Holmes, I passed her at a vending machine, buying a couple of Milky Way bars. “Now I know the secret to your success, Kelly!” I joked, “But be careful not to overdo it—I’ve only just taken your measurements.”

She asked me not to say anything to her coaches, but she was hungry and there were no catering facilities on site . When I offered to run down to the supermarket to pick up something more substantial for her, she politely refused and gave me another glimpse of the immense pressure they were under, not just to perform on the day, but to take extreme care in every aspect of their lives. She told me that they couldn’t trust much of the food sold in supermarkets, as some substances used in food processing could result in her failing a drug test!

The quick sugar fix of the Milky Way would have to do for the time being.

That summer, Kelly Holmes hit the bigtime with gold medals in the 800 and 1500 metre races.

From a personal point of view, working in some small way with the Olympic team was an inspirational experience. It was a challenge which, while no easy task, paled in comparison to the magnitude and pressure the athletes faced. Even still, I treated the task with the same concern that they treated their performance. Pride, confidence, dedication, care — detail was most definitely a shared value between Bespoke Tailor and Olympic athletes.

And from a professional point of view, it proved to be a great success. I learned a few profound lessons which I’ve carried with me in my work with Marc Oliver today.

And while I’d treated it as a once-in-a-lifetime opportunity, two years later Team GB came calling again ahead of the 2006 Winter Olympics. But that’s another story for another day.

There’s more to tailoring than just measurements and fancy fabrics. There’s a love of the craft and a reverence for skill. There’s also a story in everything, if you wish to hear it. Make an appointment with Marc Oliver, and welcome to Savile Row. 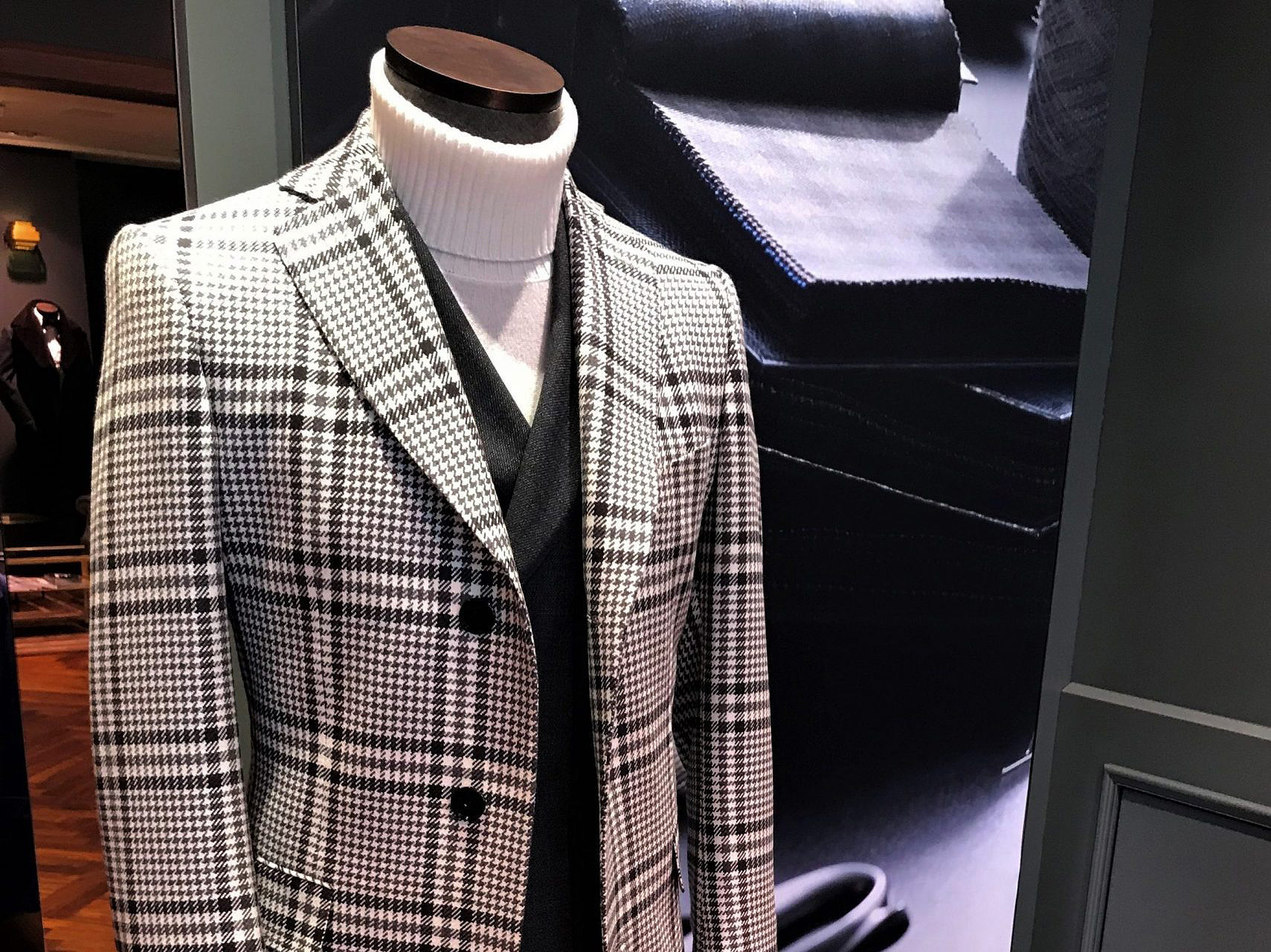 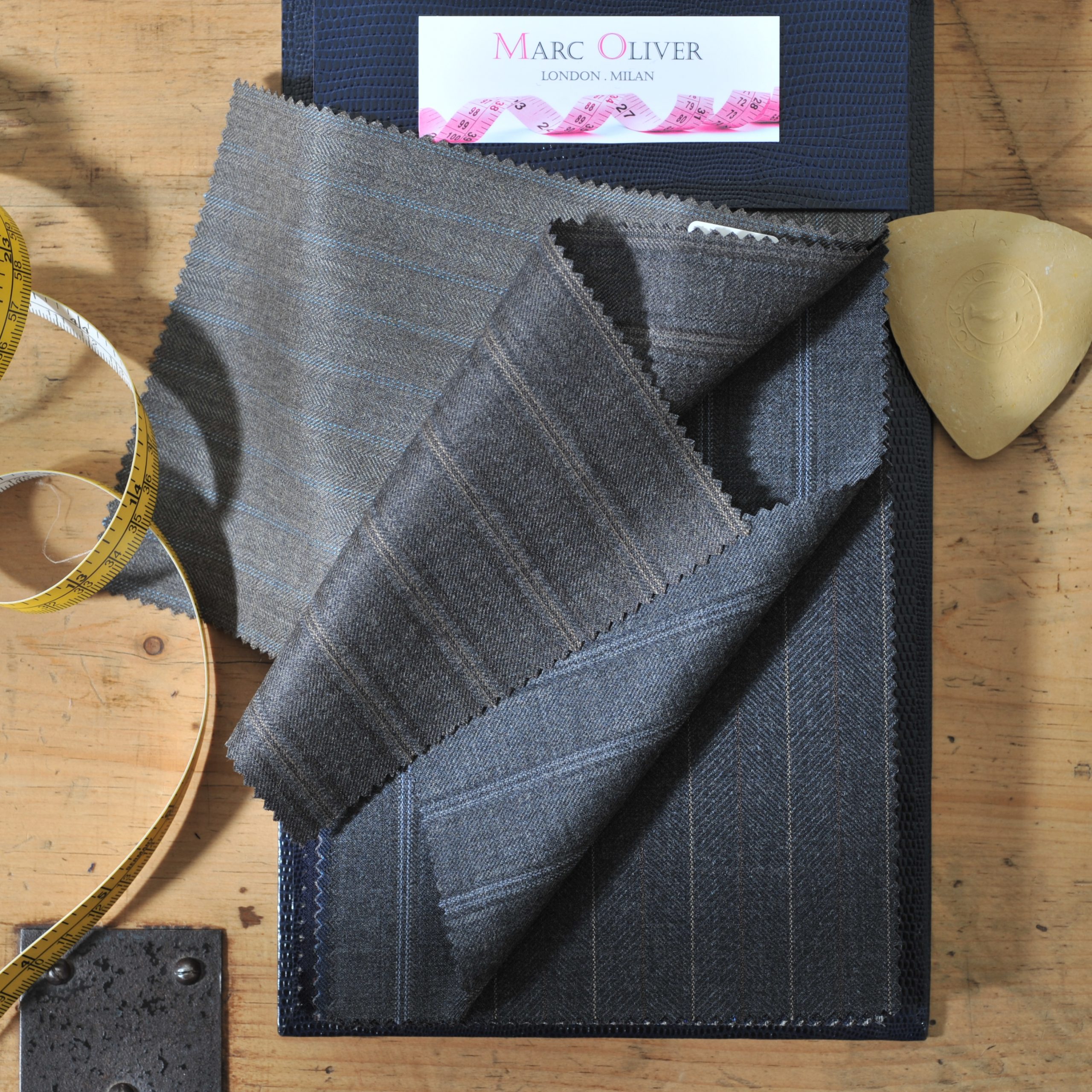 A Guide to Cloth Selection for Luxury Suit Tailoring

Your ultimate guide to selecting the right cloth. 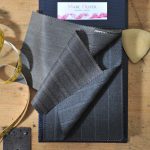 A Guide to Cloth Selection for Luxury Suit TailoringJournal 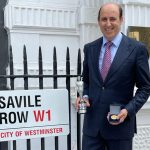 The You Bet! Tailoring ChallengeJournal, Uncategorized