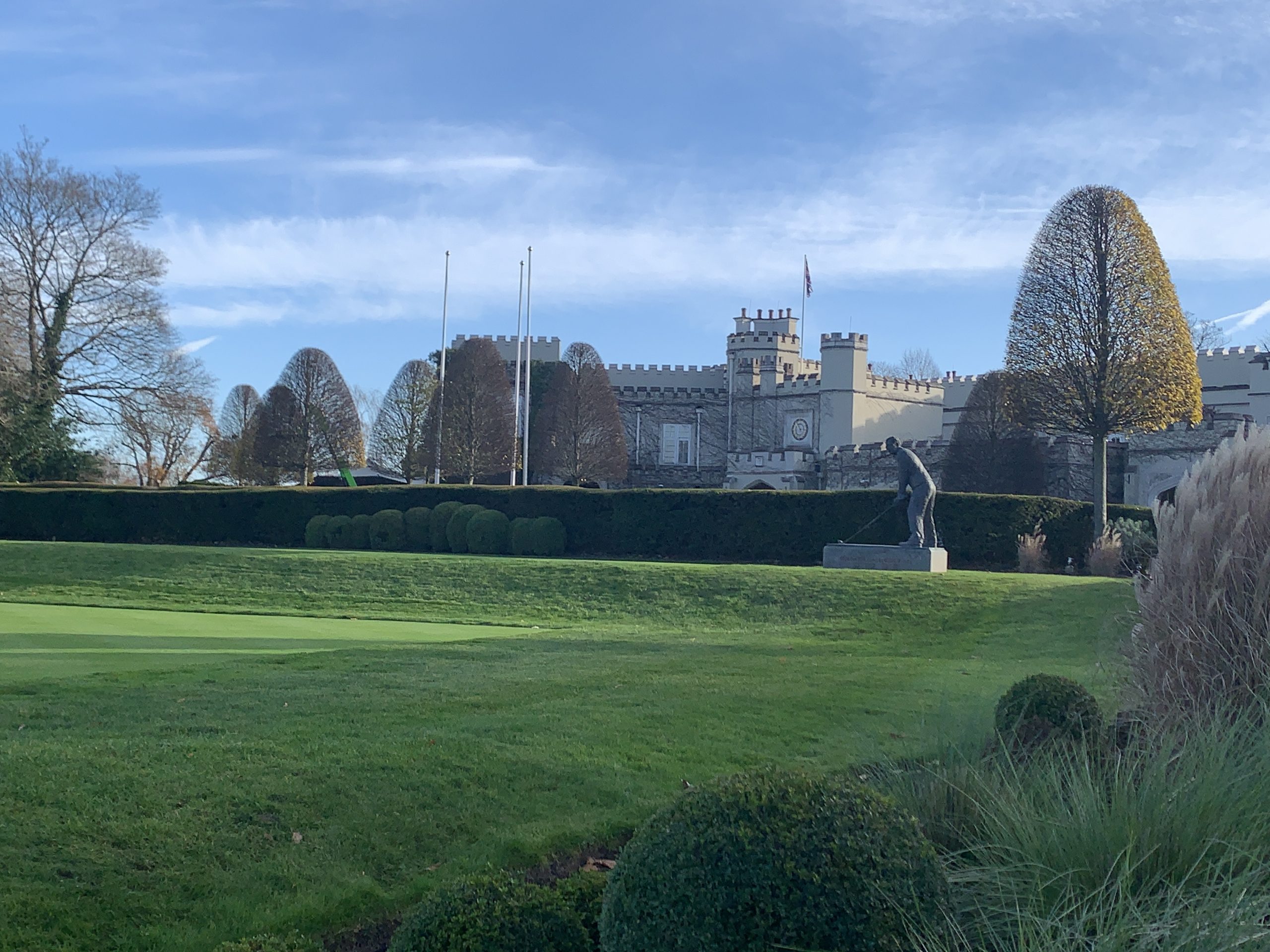 At Marc Oliver, it’s the fundamentals of Savile Row tailoring and the day-to-day business that we really live for. Consulting with clients, offering counsel on cloth and cut, measuring, cutting and creating.

But being a tailor of some repute does give rise to some luxury perks, occasions and commissions worth highlighting in the diary — appointments with eminent names from the cultural, political worlds, and sporting worlds (like the time we dressed the Team GB Olympic team). There’s also the occasional film premiere, gala, fundraising event, or race day.

One of our most high profile partnerships is with Wentworth Club in Virginia Water, Surrey. A privately owned, members-only golf club, health resort and tennis club, Wentworth is the home of the PGA European Tour, and annual host of the BMW PGA Championship. It’s also the birthplace of the Ryder Cup.

The Story Of Wentworth Club

Save for the legendary St Andrew’s Golf Club in Scotland, Wentworth’s sporting heritage has rendered it arguably the most illustrious golfing venue in the UK.

The clubhouse itself dates back to the early 1800s, in fact it was the home of Duke of Wellington’s brother in law. As the 1800s came to a close the house was bought by the Spanish Duke of Maestrazgo, who had been exiled on account of his Carlist politics. His wife, an English heiress by the name of Catherine Anne Vaugh-Richards, took up the task of growing and tending to the surrounding verdant landscape, the peaceful brooks, rolling fields and continental trees that now epitomize Wentworth.

It was in 1922 that builder W.G. Tarrant gained the rights to develop Wentworth Estate with the vision of building a golf course right outside the main house. Fabled golf course architect Harry Colt was commissioned to carry out the work, subsequently developing two of today’s three courses, named East and West. The third course, named Edinburgh, came along in 1990 and was designed by Gary Player, John Jacobs and Bernard Gallacher.

While the first official Ryder Cup, where teams from the USA face teams from Europe, was held in Massachusetts in 1927, it was actually the previous year in Wentworth that its precursor was played.

As well as the BMW PGA Championships, Wentworth has played host to The Daks Tournament, The British Masters, Women’s British Open, The Canada Cup, and The World Golf Championships Match Play.

Today, Wentworth is recognized as one of the UK’s most exclusive golf clubs, allowing only full members to play — members who pay six figure sums just to join.

So you might ask, “What’s Marc Oliver doing there?” 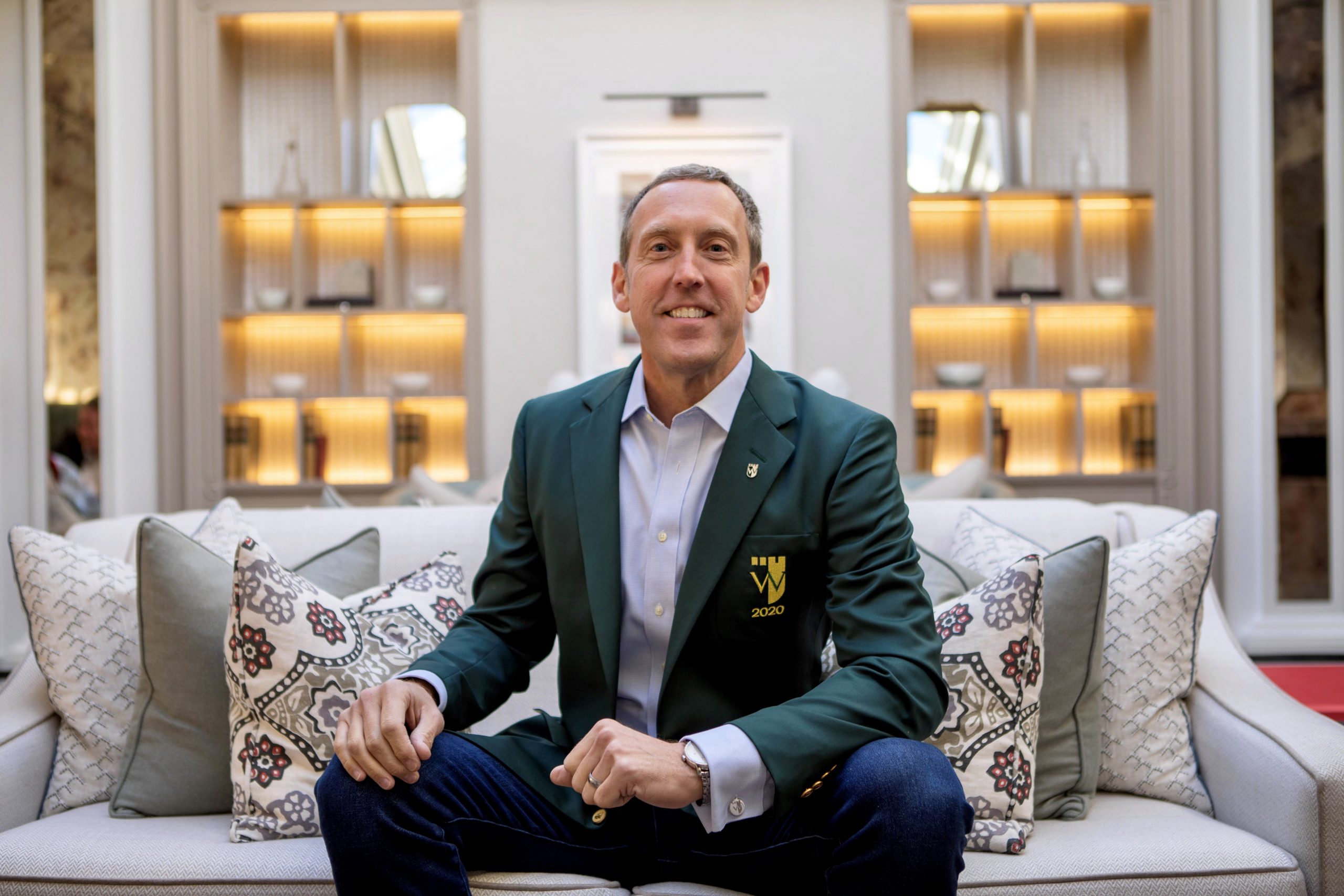 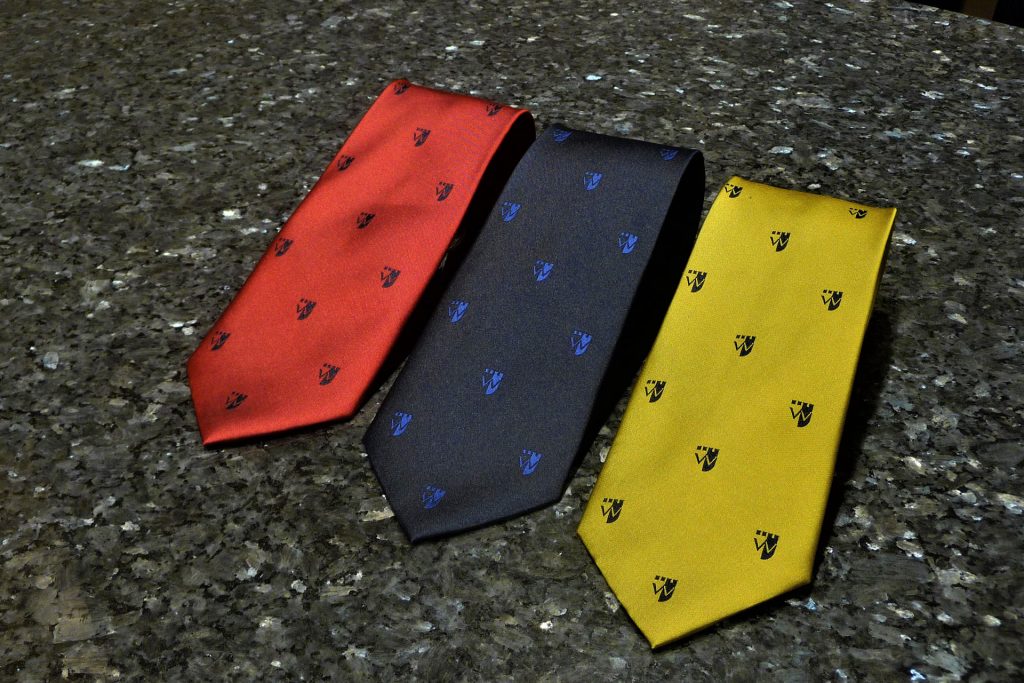 Like any luxury club, Wentworth keeps standards high when it comes to dressing. That’s where Marc Oliver comes in. For the last 15 years, we’ve been working closely with Wentworth Golf Club, tailoring suits and leisurewear for pro-golfing members and club management.

The club neckties are Marc Oliver designs for example, but it goes much further than that.  For many years the Black Heart Foundation, a charity which strives to improve educational access for underprivileged children, hosted its annual fundraising golf tournament at Wentworth. An all-star event featuring high profile business names, sports personalities and celebrities, the tournament would routinely raise hundreds of thousands of pounds. The winner of the tournament’s prize? A tailored black velvet jacket to represent the Black HeartFoundation, designed and fitted by Marc Oliver.

Since 2018 though, we’ve had the incredible honour of constructing the Wentworth Captain’s Jacket.

That’s no small feat. A golf club captain has to stand out from the crowd. His clothing must encapsulate the high status of the club, while each captain should be able to wear his with pride, style, and distinction from the last.

In short, the Wentworth Captain’s Jacket is a uniform, but it’s not quite uniform. Horsehair and canvas, super 100’s fine wool, and gold-gilded Wentworth buttons are the standard elements — the lining personal, the fit to the wearer’s desire.

Take our 2020 rendition of the Captain’s Jacket for example, worn by UK based American Todd Patrick. Todd is one of a number of American Wentworth members, and amidst a tough pandemic year, he wanted to highlight the ties the club shares with the USA. “Hands across the water” was the theme of this particular jacket collaboration.

While the jacket’s deep green exterior stands out regally, the inner lining displays the flags of the UK on one side, and that of the USA on the other. It’s a little playful, and quite symbolic for Todd who holds both countries in his heart.

Partnerships with the likes of Wentworth Golf Club are a huge honour for us at Marc Oliver, and they’re also a lot of fun to work on. But as we mentioned at the top of this article, it’s the fundamentals and the day to day tailoring business that we really love.

One of our chief missions is to open the doors of Savile Row, to make the idea of luxury tailoring more inclusive. Better living in today’s world, which we believe includes better clothing, isn’t something that should be accessible only to exclusive club members.

That’s what we’re here for. We deal in clean, cool designs that draw admiration, considerate and unhurried service on a person to person basis, and a final product that makes you happy, and most importantly, works for you. That’s what true luxury is.

If you’re new to tailoring, give it a try.

Click here to arrange an appointment with Marc Oliver. Welcome to Savile Row. 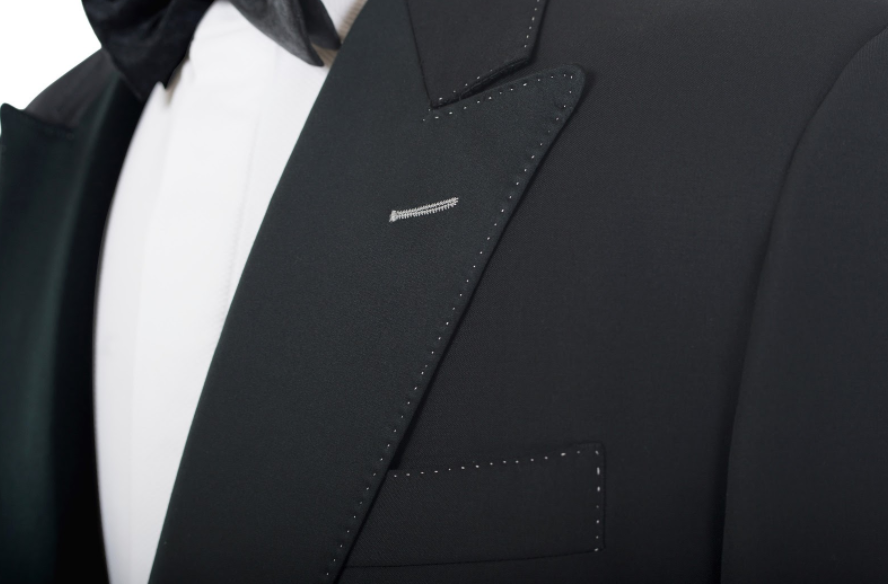 “Putting on a beautifully designed suit elevates my spirit, extols my sense of self, and helps define me as a man to … 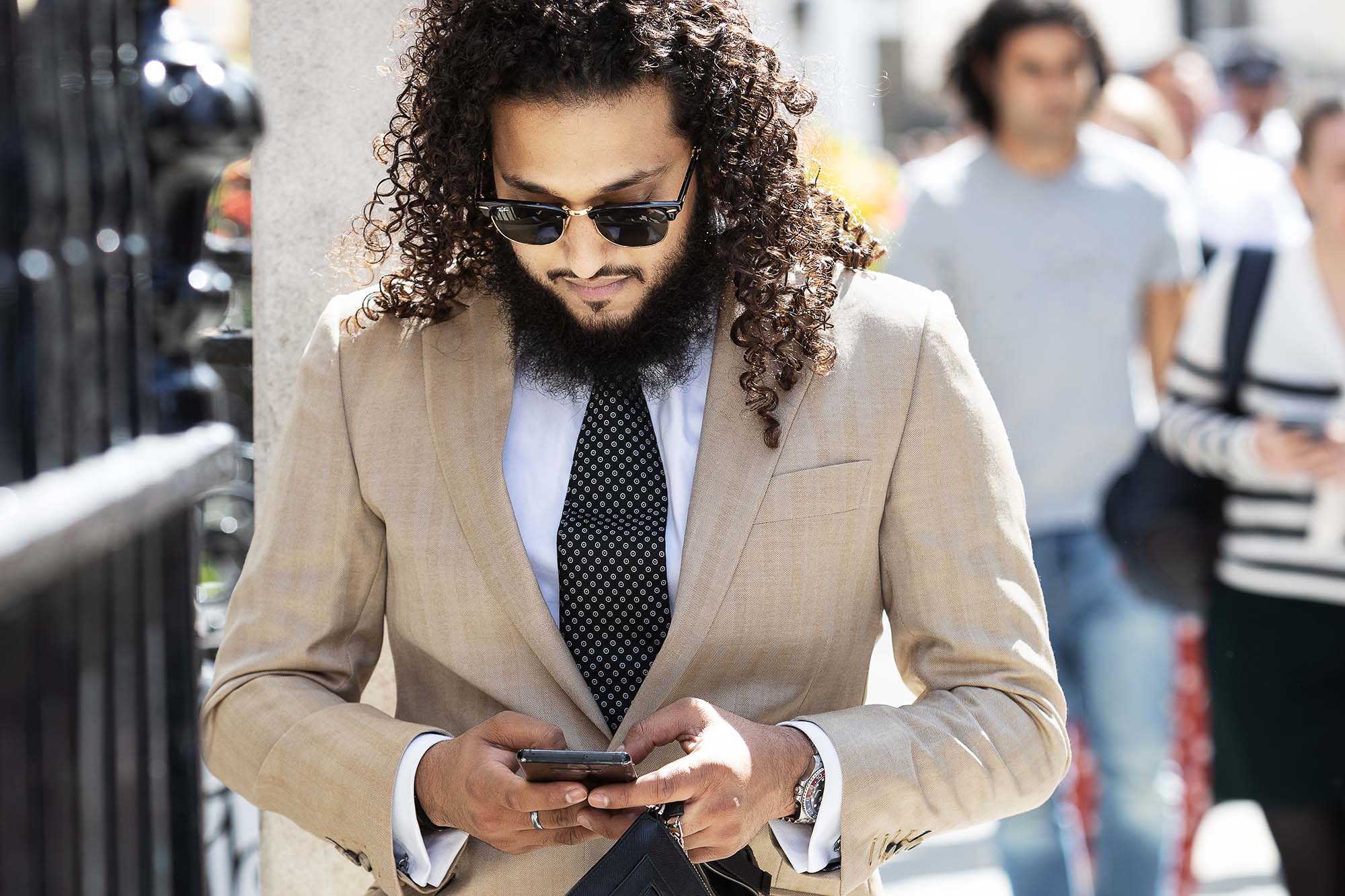 Your guide to bespoke Jackets & Separates. 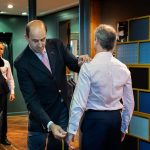 Why Hire a Personal Tailor?Journal, Uncategorized 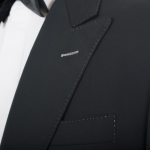